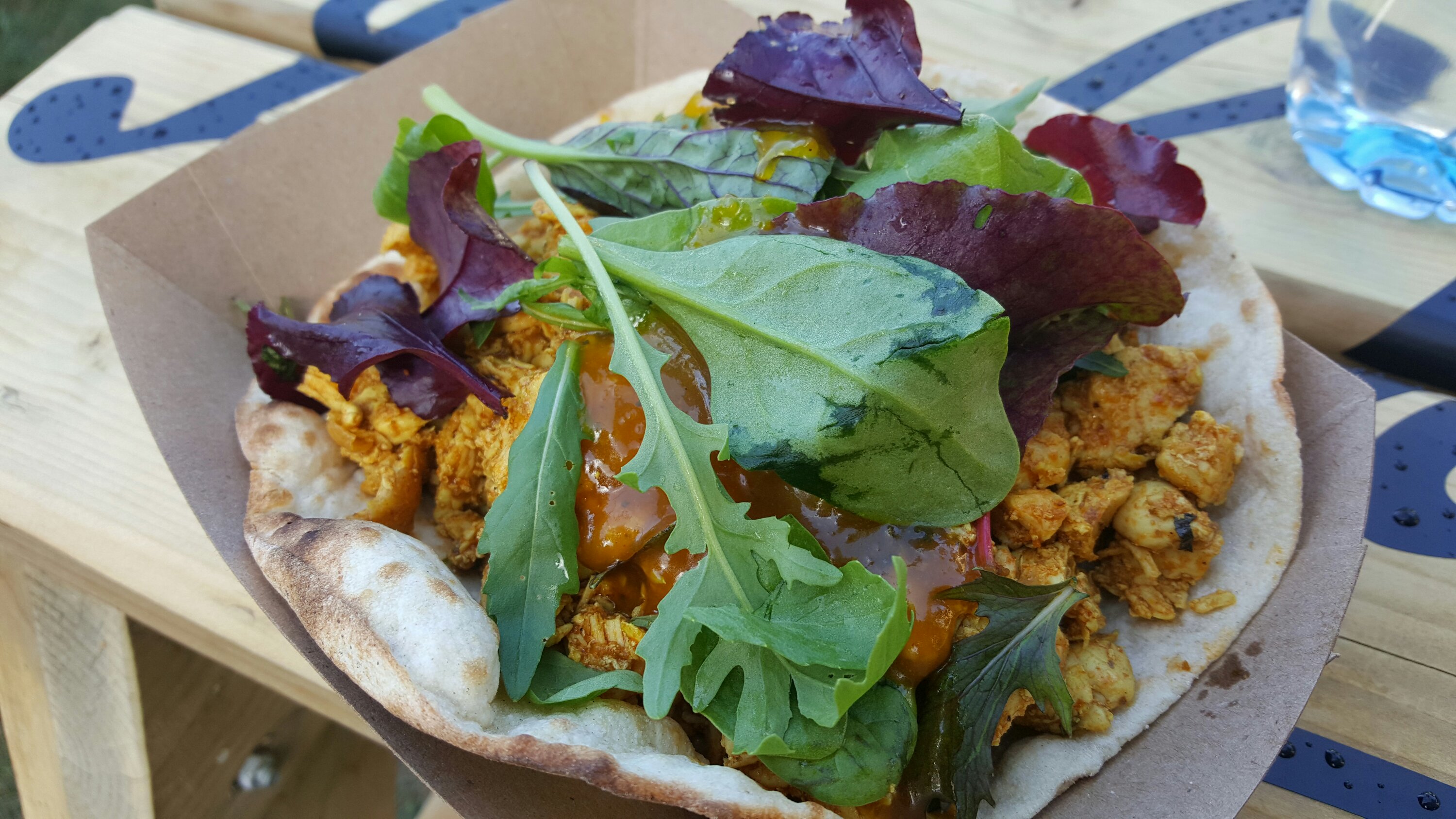 Consider the blog retitled Simon Says You Really Should Eat This or Simon Says Meat for this post. I was at The Big Grill last week and am only back to normal now. I was there for the full four days and helped to set up and take down the Rye River bar. I had attended the event for the preceding two years but this was my first time manning a bar. On day one I drove home and just tried some food from the excellent Kinara and Mikkeller’s 0.3% Drink’in the sun. 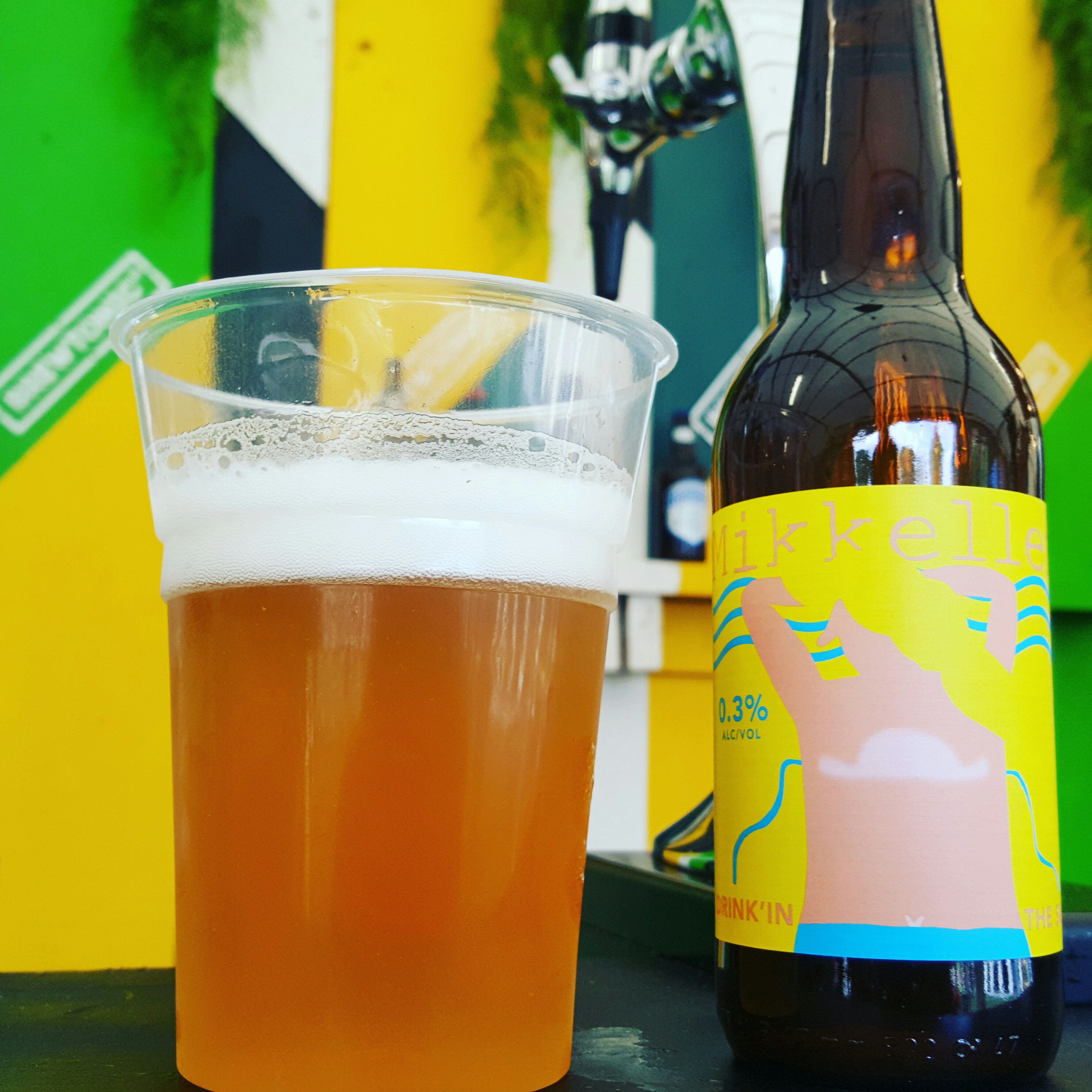 On Friday I was able to give the Rye River special brew Big Smoke a proper try. We only brewed two kegs of this Rauchbier and it went down a treat with the smoked brisket from Tesco’s Fire Pit. 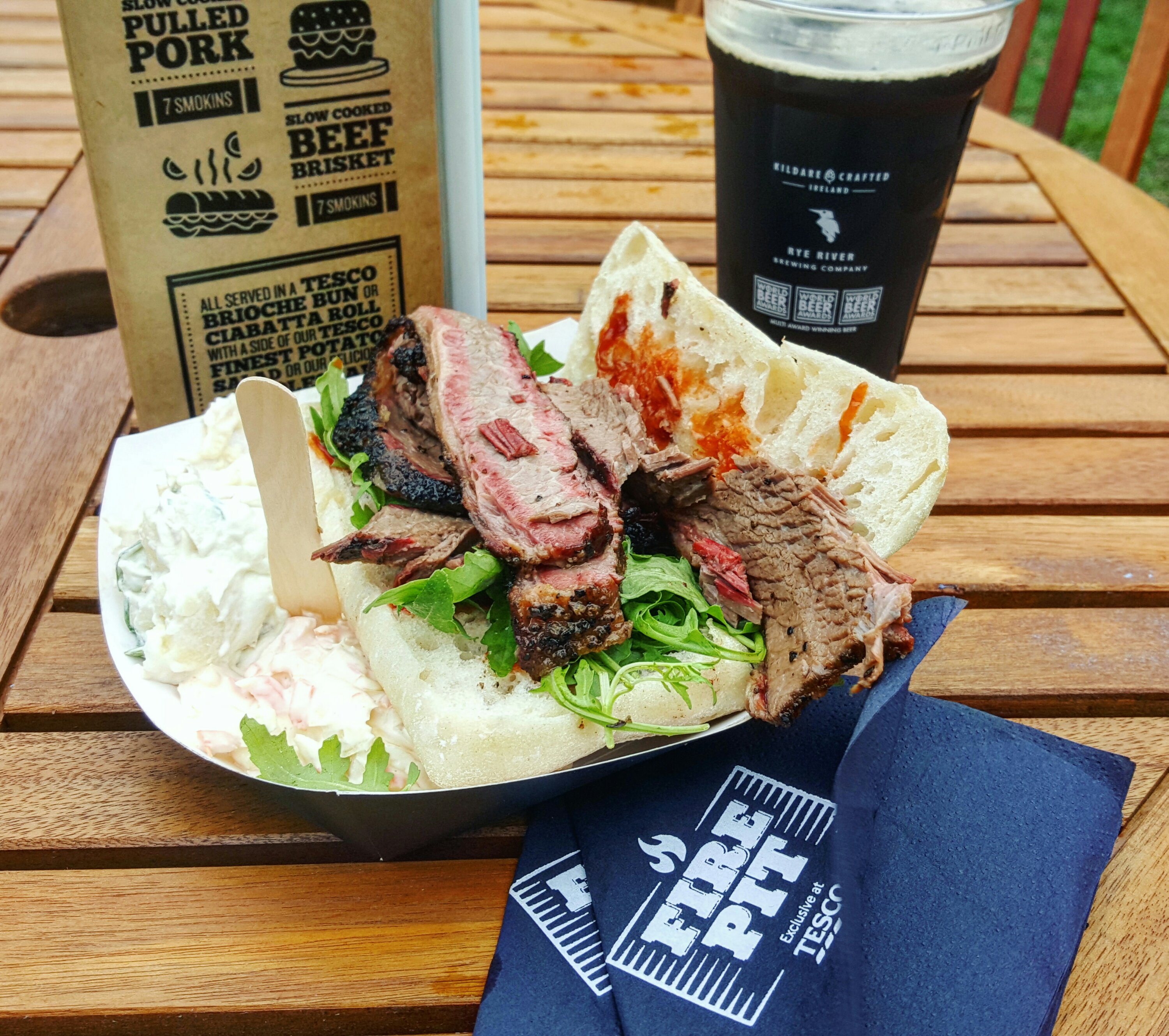 I didn’t get to visit a lot of the bars at The Big Grill but I had heard several beer fans recommending the Dot brews. I asked for half a Pint Please. Oh how we laughed. In my head anyway. Lovely sessionable 3.1% fruity Ale. 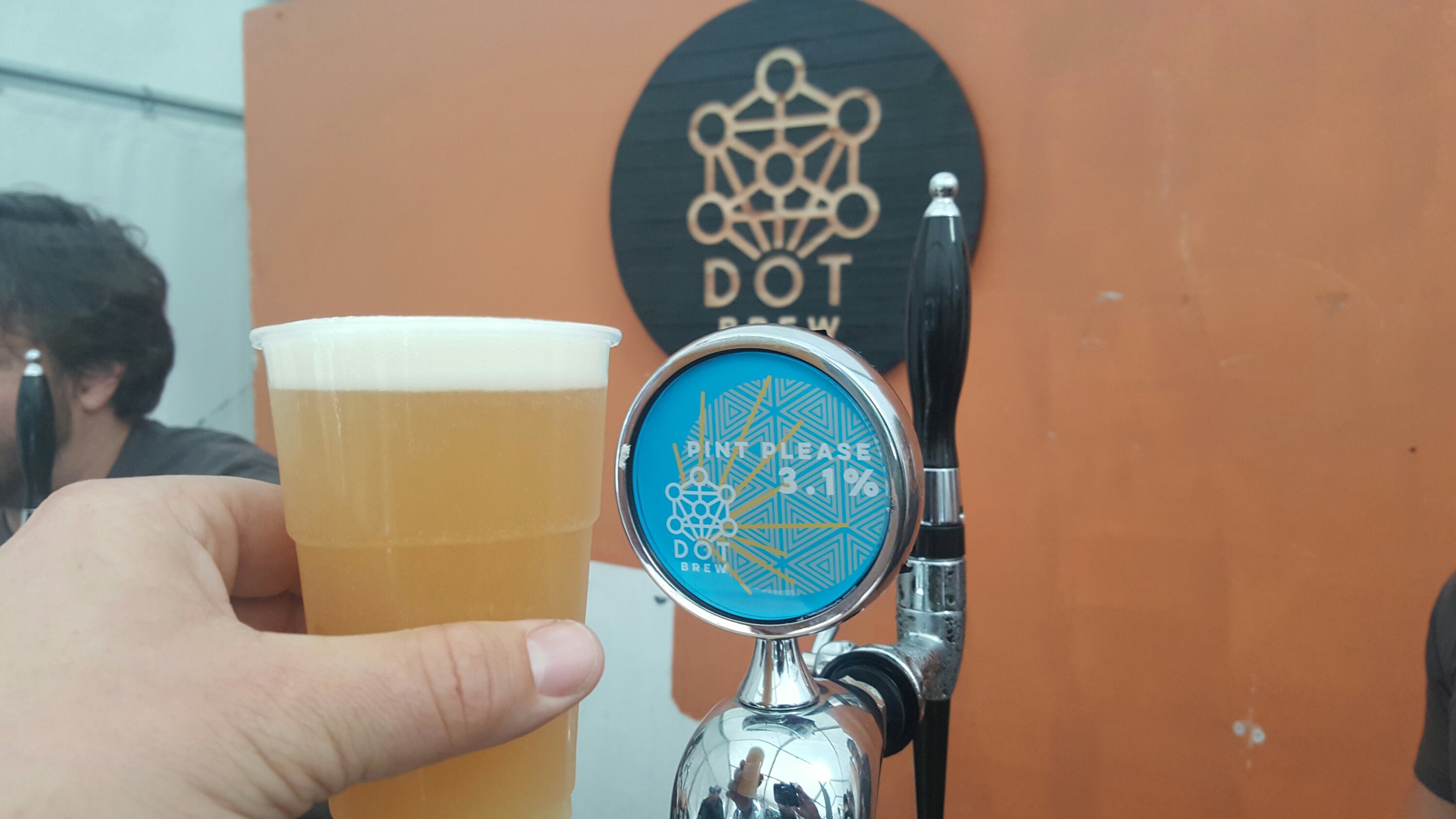 I had a break from all of the meat with Jess Murphy from Kai’s beans on toast. It was tasty but unfortunately didn’t quite meet the pinnacle of beans on toast regularly prepared by my wife…with plenty of tabasco and goats cheese. 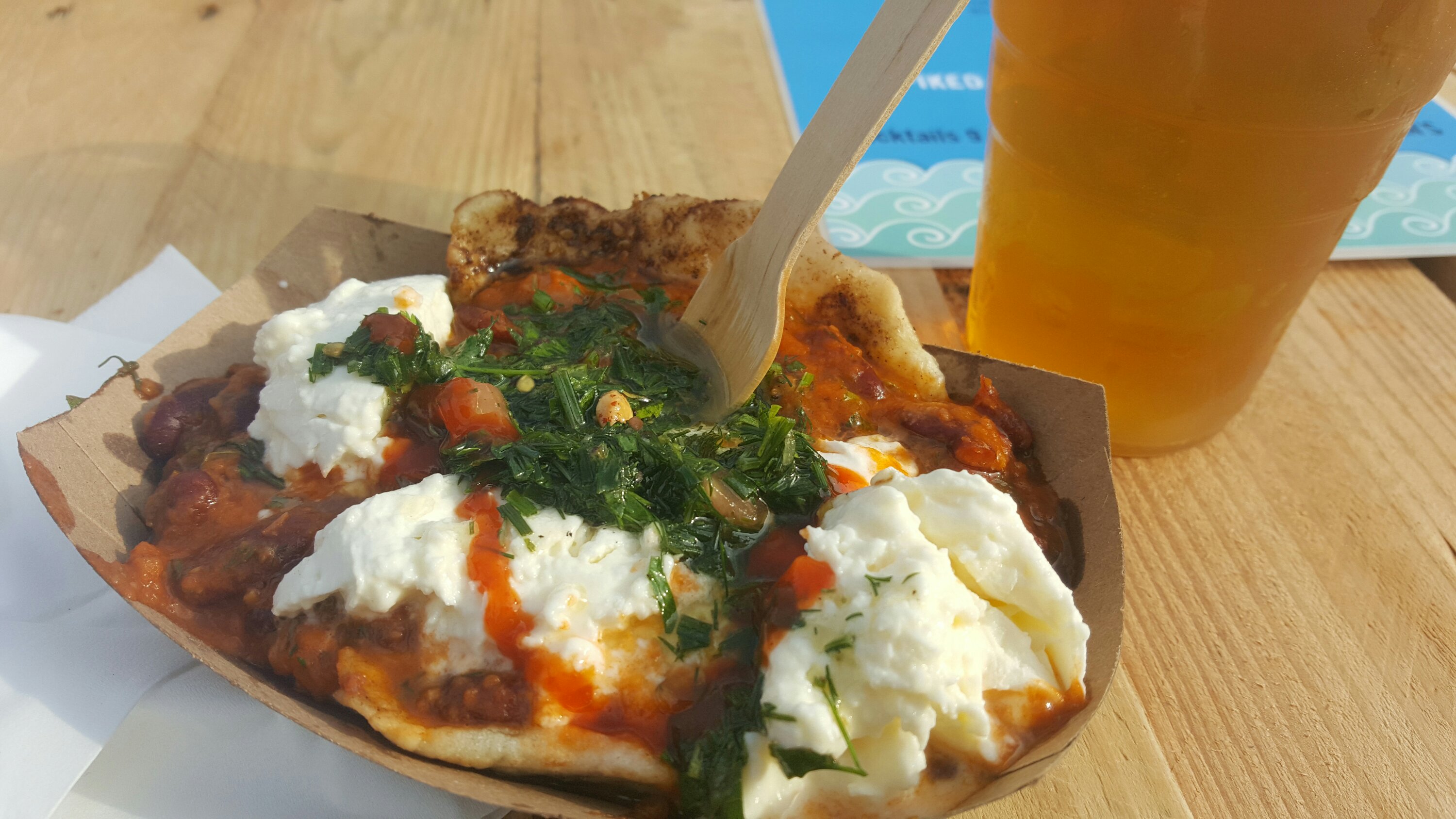 Mario Portella quarted a whole Dexter cow and cooked it overnight over his open fire pit. 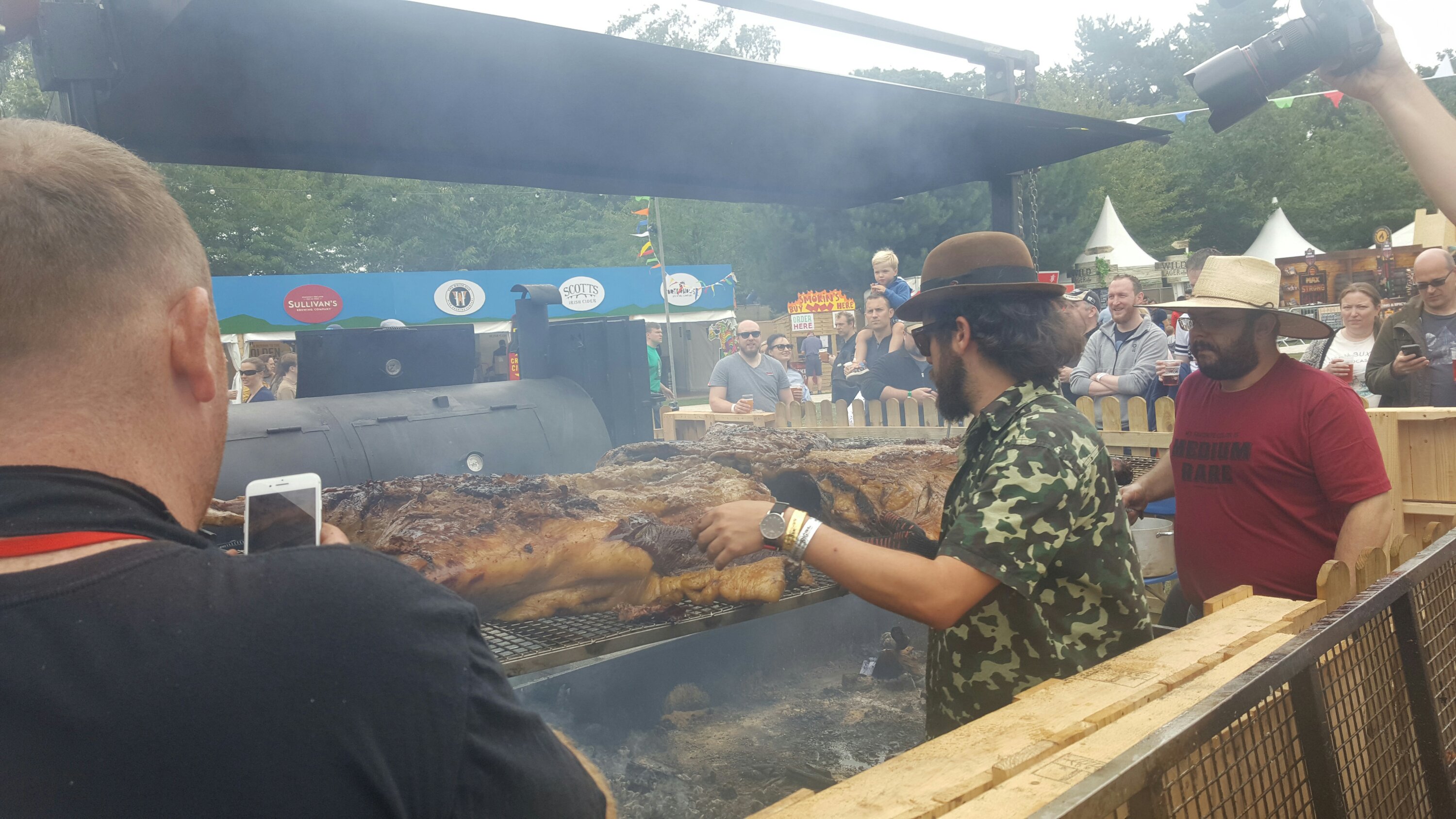 And the results were divine. 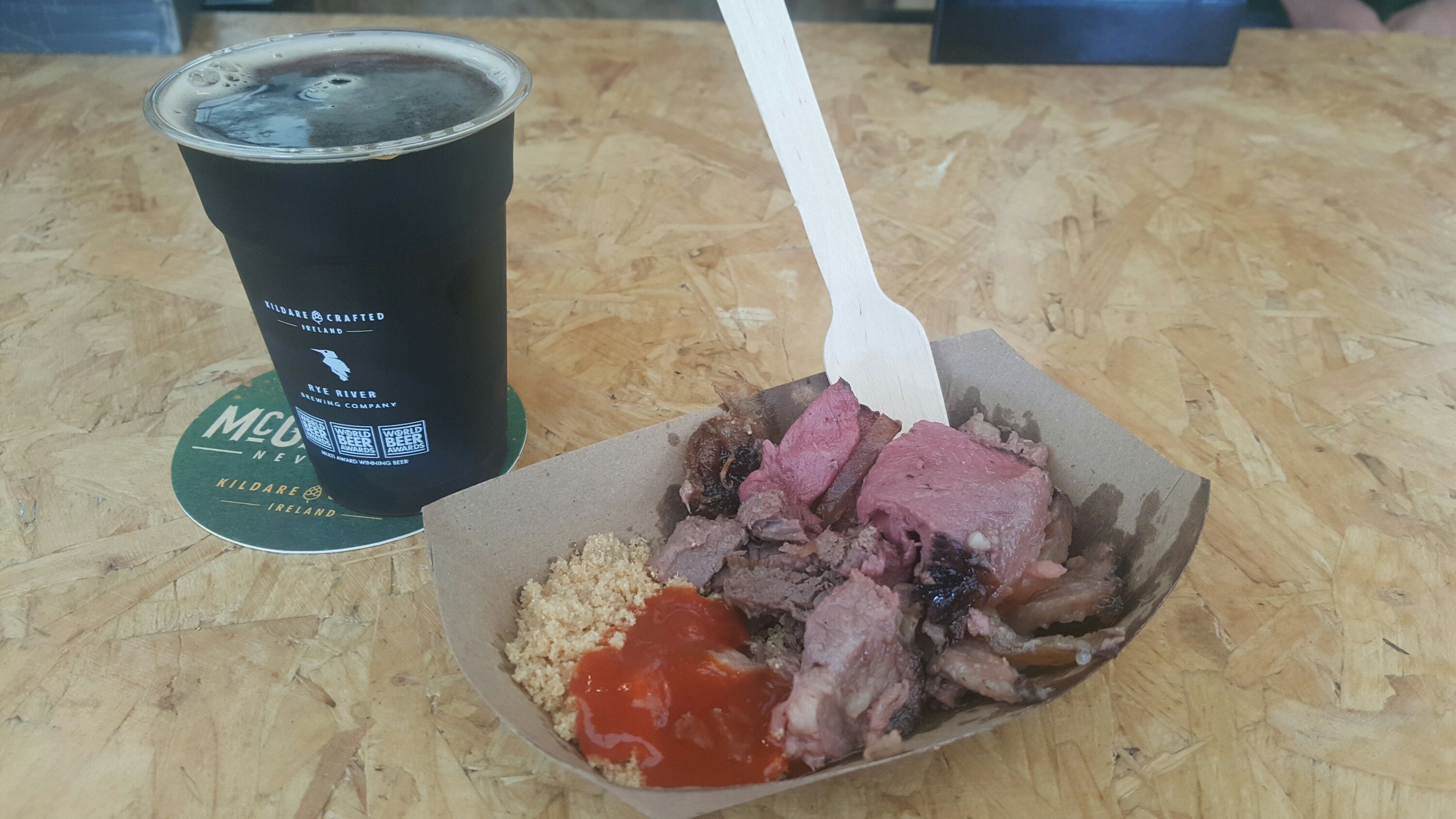 And I also tried some smoked goat…which was a new one for me. It wasn’t my favourite but it was certainly interesting and worth trying. I had a drop of McGargles Daragh’s Session IPA to accompany it. 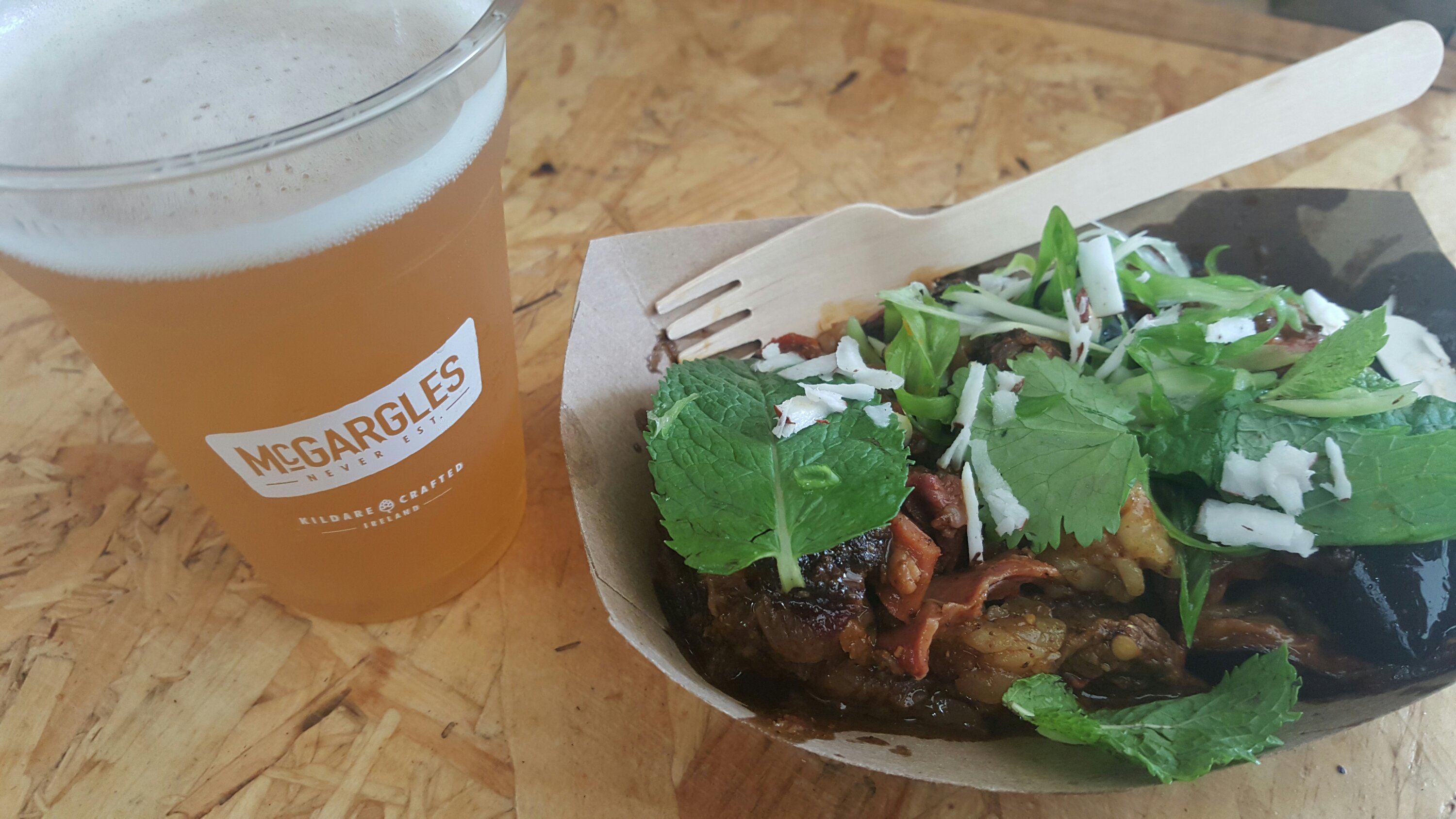 Brewer Brent and I enjoyed our Cranky Yankee Corn Dogs…Man, I missed out on these all summer up to this point! Nick is a legend!

I had heard great things about John Relihan’s Smokasa and the burger did not let me down. The man’s passion for cooking with fire was infectious. 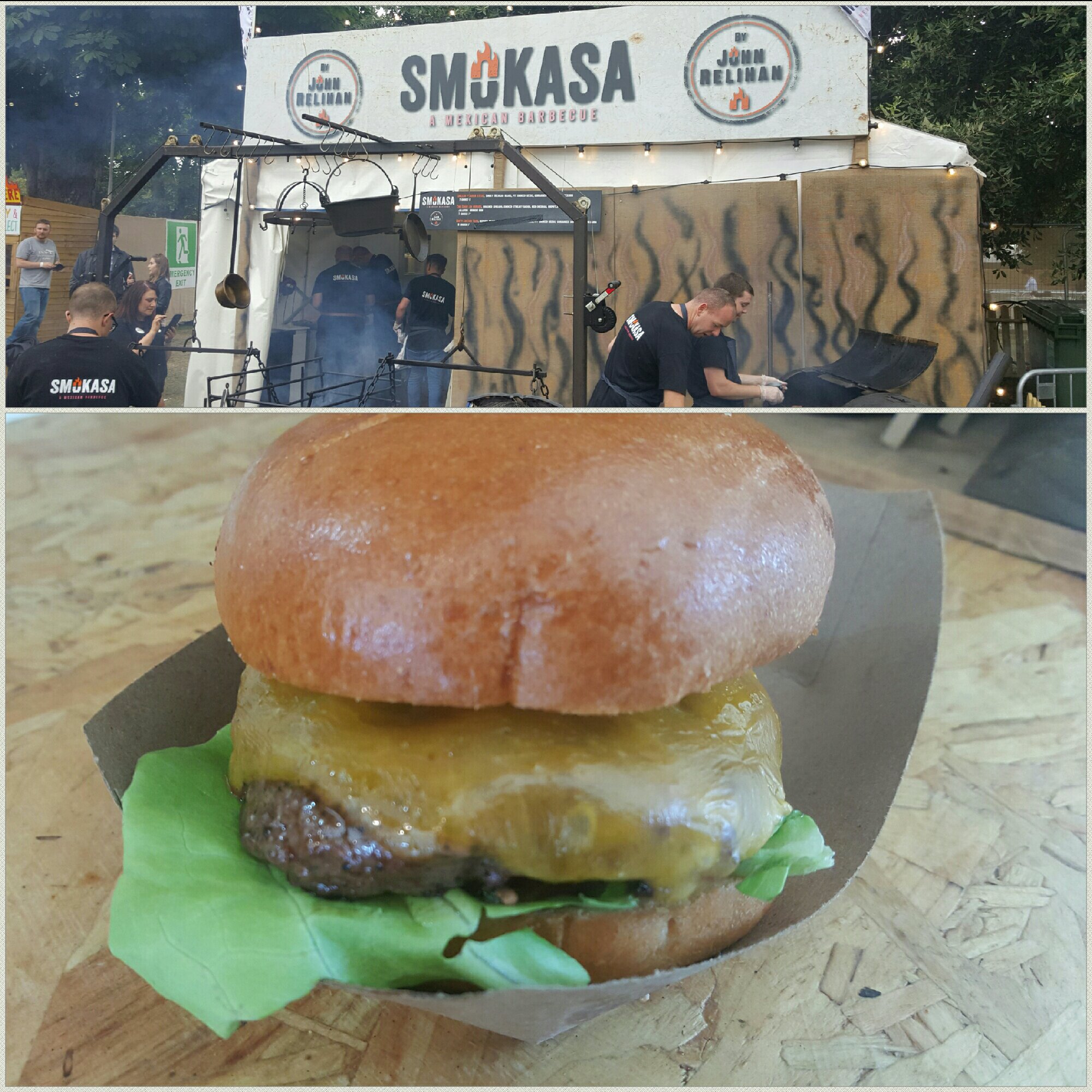 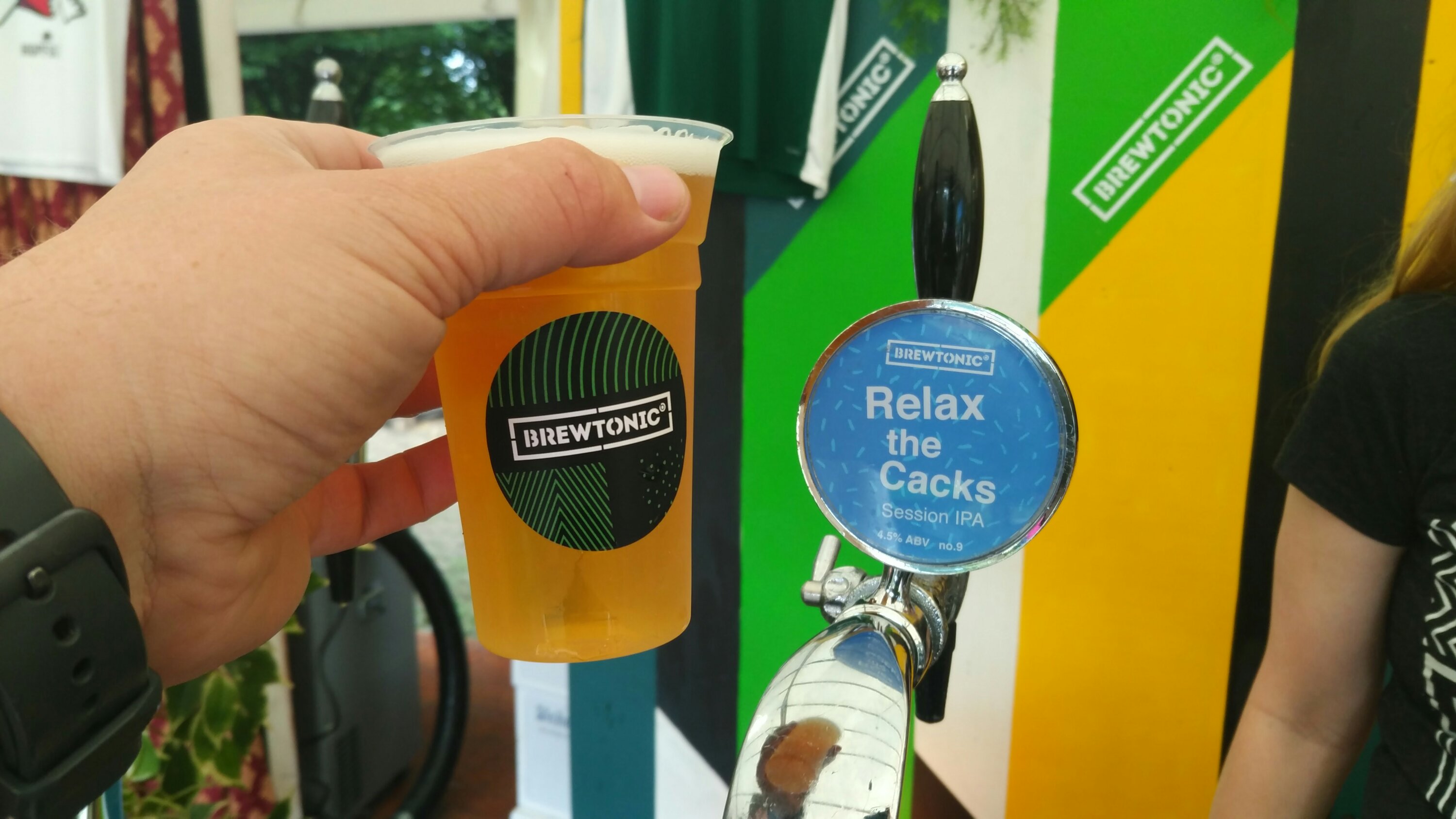 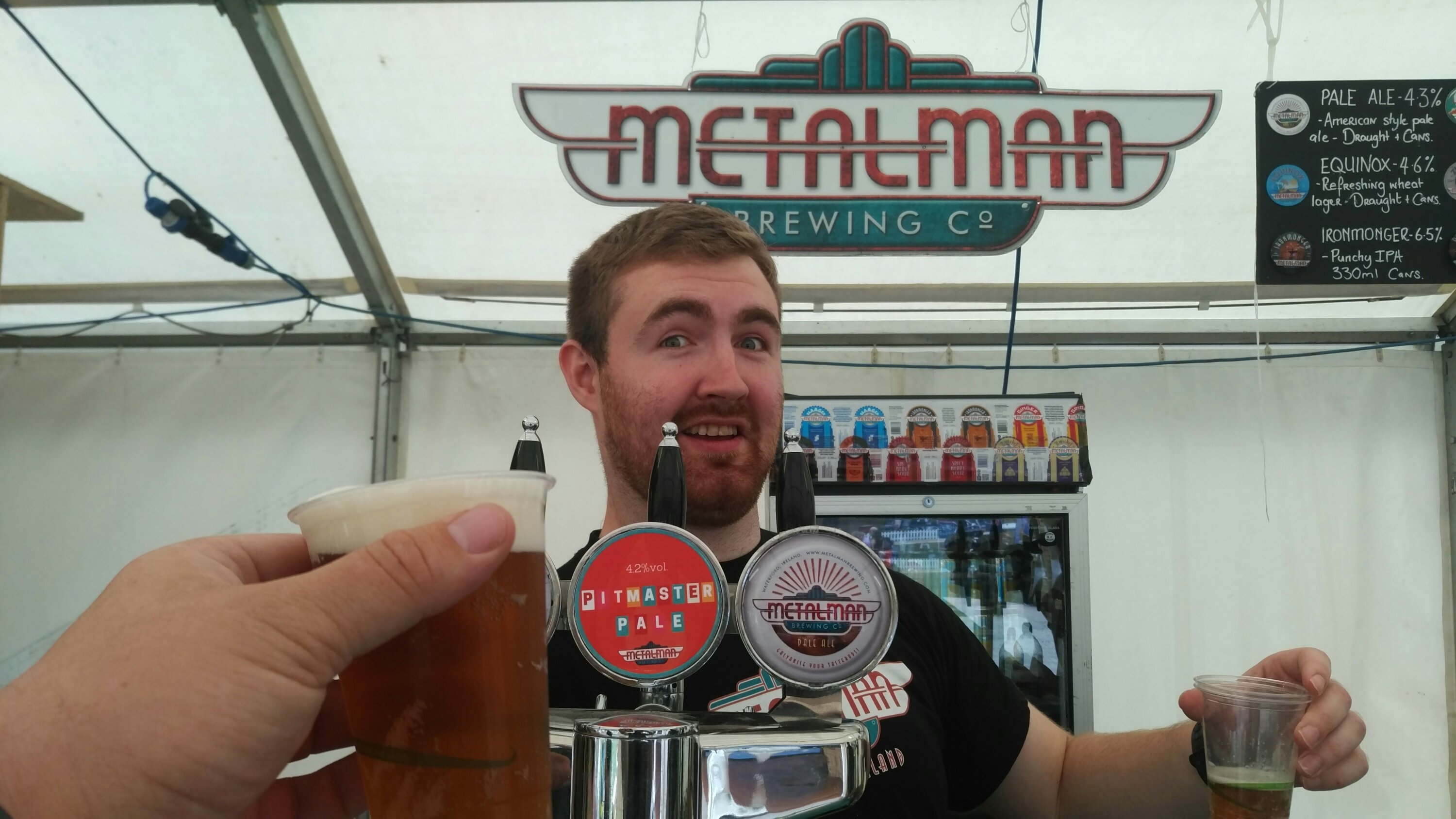 And Richard tempted me over to his Black Donkey bar with the promise of some fresh Savage Pale Ale brewed with Wild Irish yeast. Until next year, sláinte! 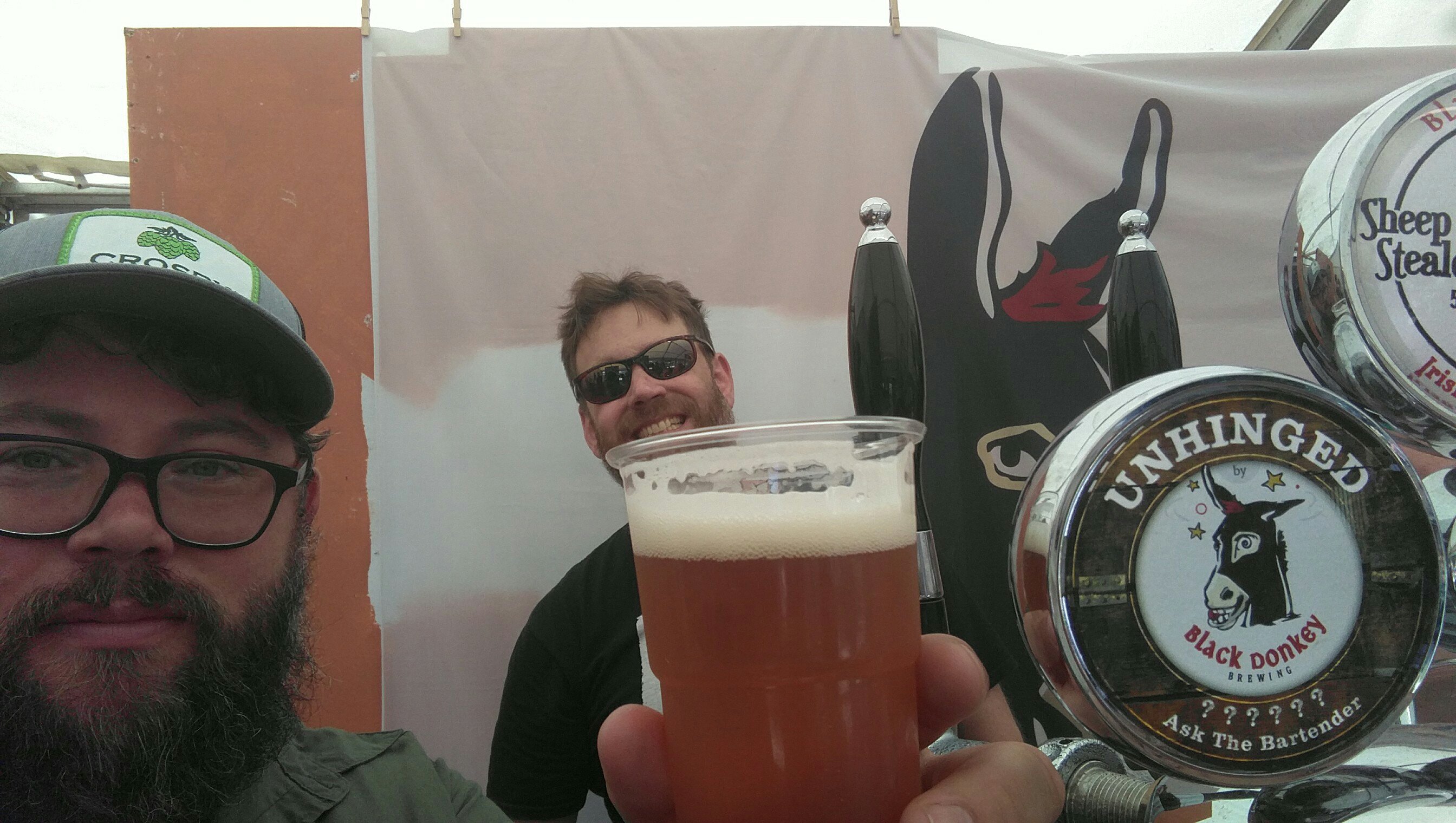