Wake up and smell the coffee! 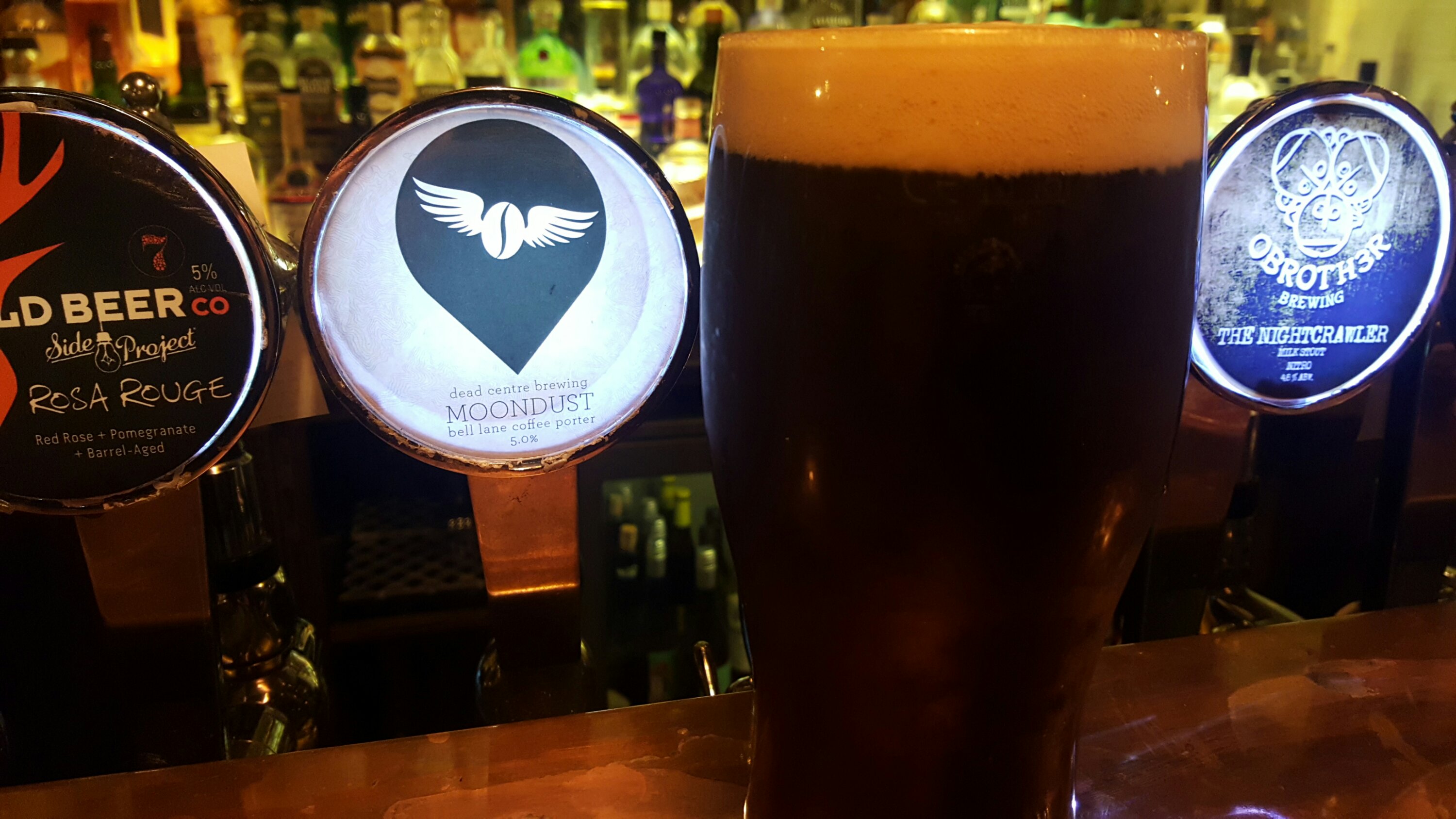 The evenings are drawing in and some of the seasonal beers are getting darker. I tried two Coffee Porters last night. The first was Dead Centre’s Moondust which was pouring in The Taphouse, Ranelagh. This one was brewed with Moondust coffee from Mullingar’s Bell Lane. I suppose that name was too good not to use for the beer as well! I’m not going to wax lyrical about moonbeams dancing on my tongue but I’ll simply tell you that this limited edition Porter is rather lovely. It’s light bodied and a pint was easy to put away. The cold press coffee brought some tasty flavours to the party. Recommended.

I wanted to keep the Coffee Porter vibes going and luckily enough I had some Black Gold in the stash at home. This isn’t the first collaboration between Wicklow Wolf and Java Republic. I didn’t really dig the first one A Beer Called Rwanda. I had also heard some mixed reports about Black Gold so my expectations were set pretty low. However, my tastes may have evolved since then, I may have been feeling more receptive or this may simply be a better beer. Because I quite liked it. It’s a bit stronger than Moondust and is slightly more viscous. You could definitely drink more Moondust but Black Gold makes for a decent nightcap. Try both yourself and let me know what you think. Sláinte!