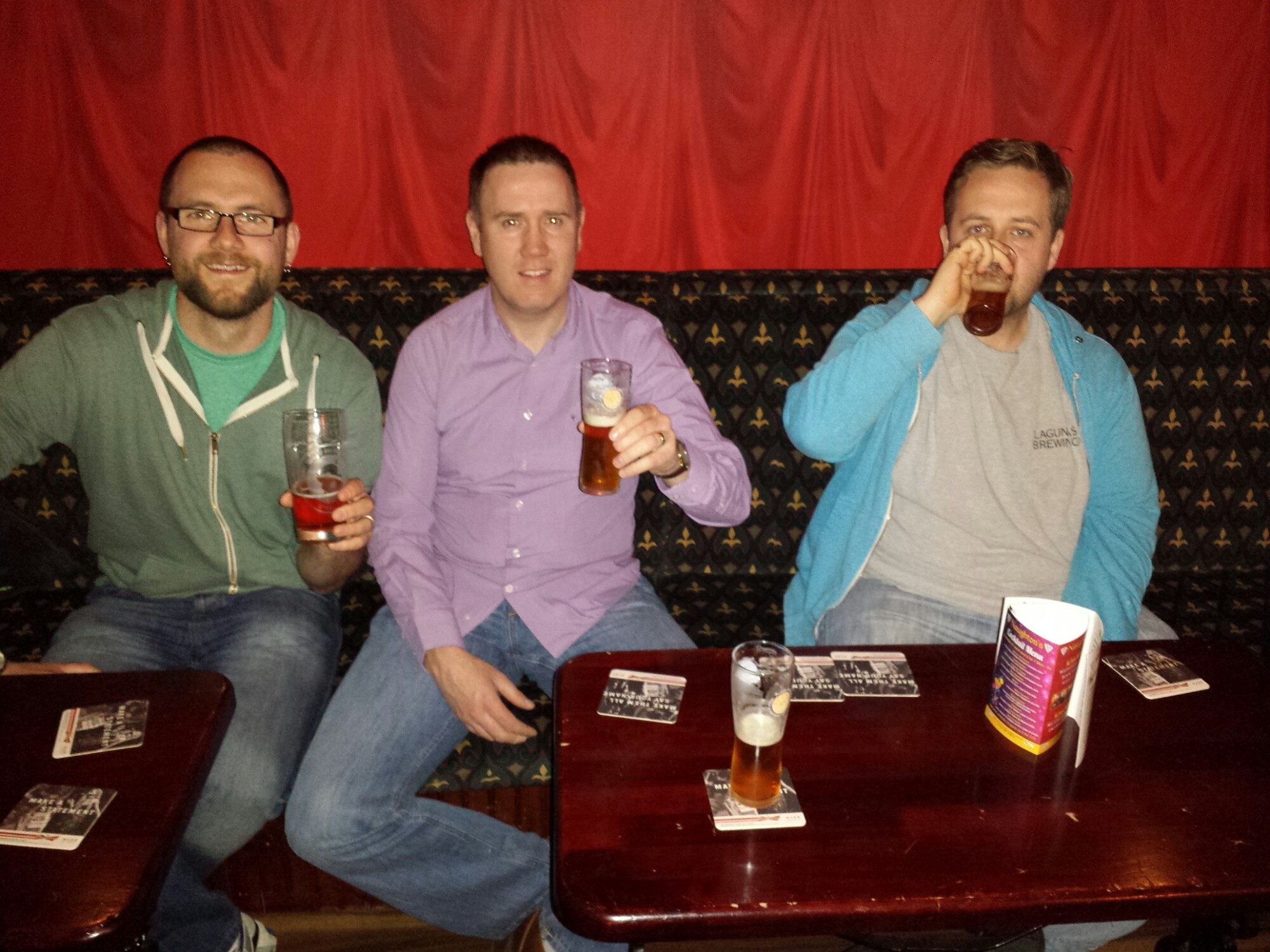 The latest meeting of the Athlone Beer Club took place in Naughton’s last night. We quenched our initial thirst with a few glasses of Eight Degrees Howling Gale Pale Ale, it made a good start, everyone enjoyed it. 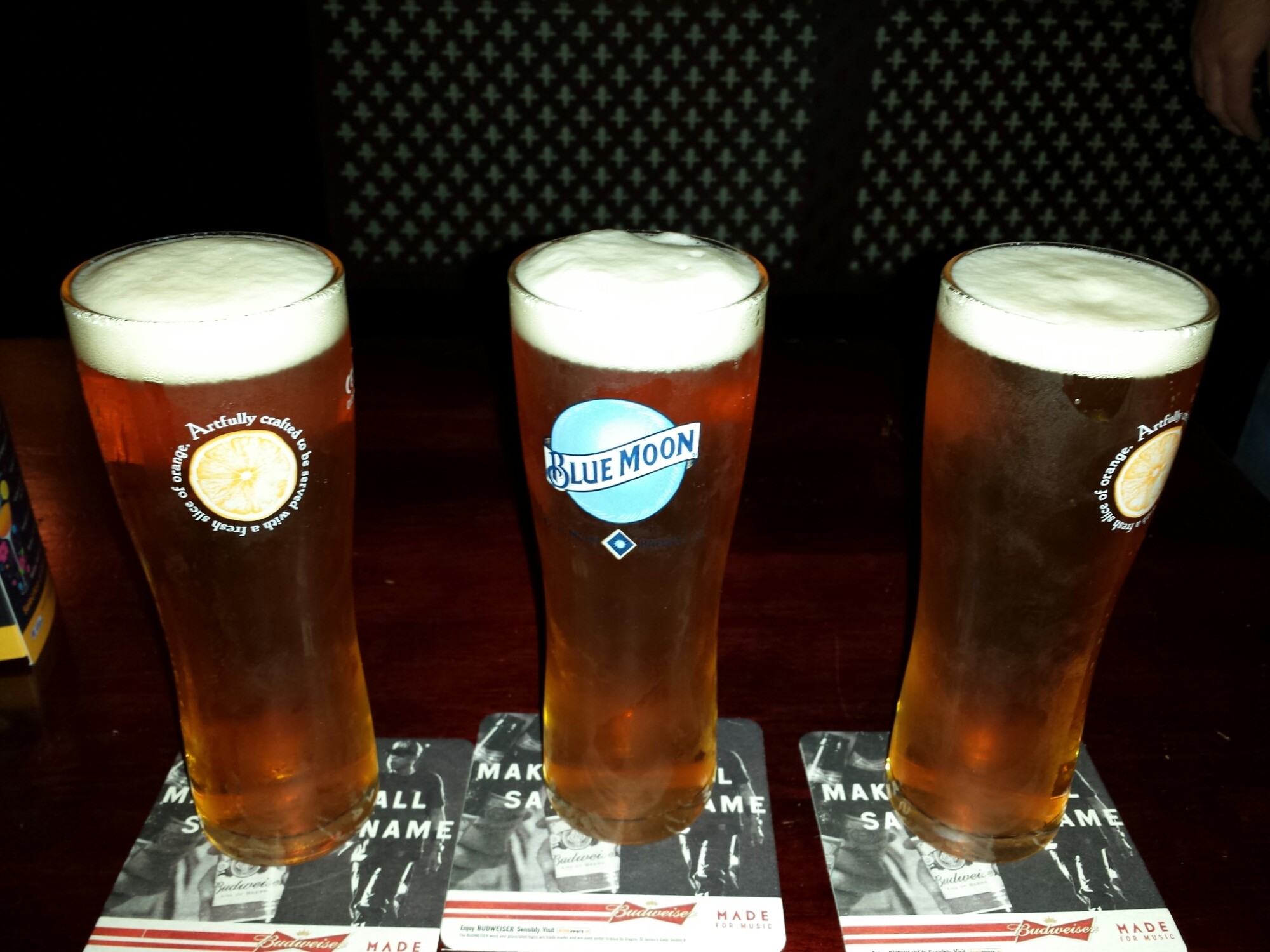 Then we ventured over to England for some of Hardknott’s Infrared, that rare beast a red IPA. Nods of approval all round. 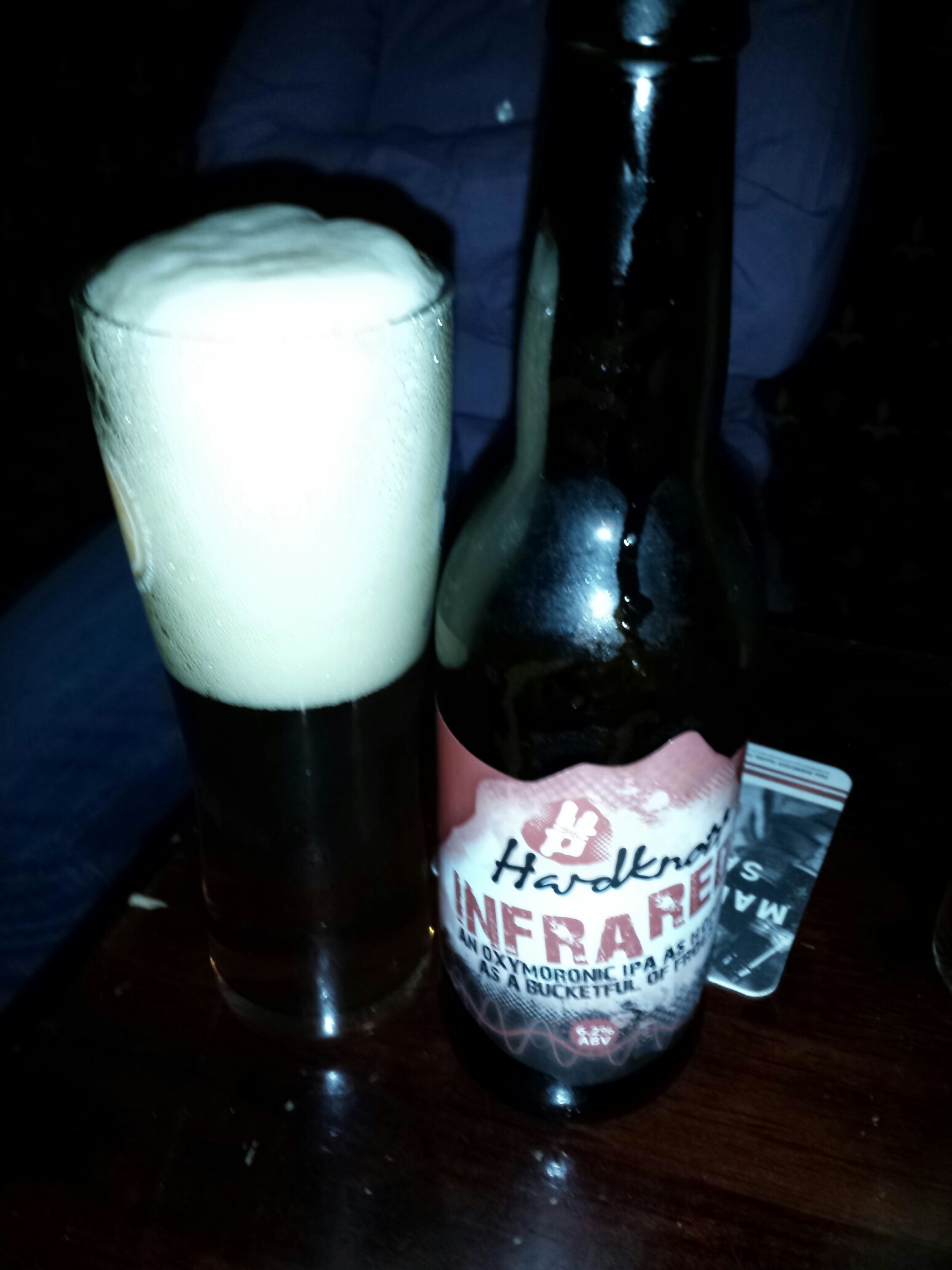 At least there was after our icecream heads settled down. I think it was the straight Blue Moon glasses that caused it as a normal glass poured for a late arrival wasn’t as frothy. 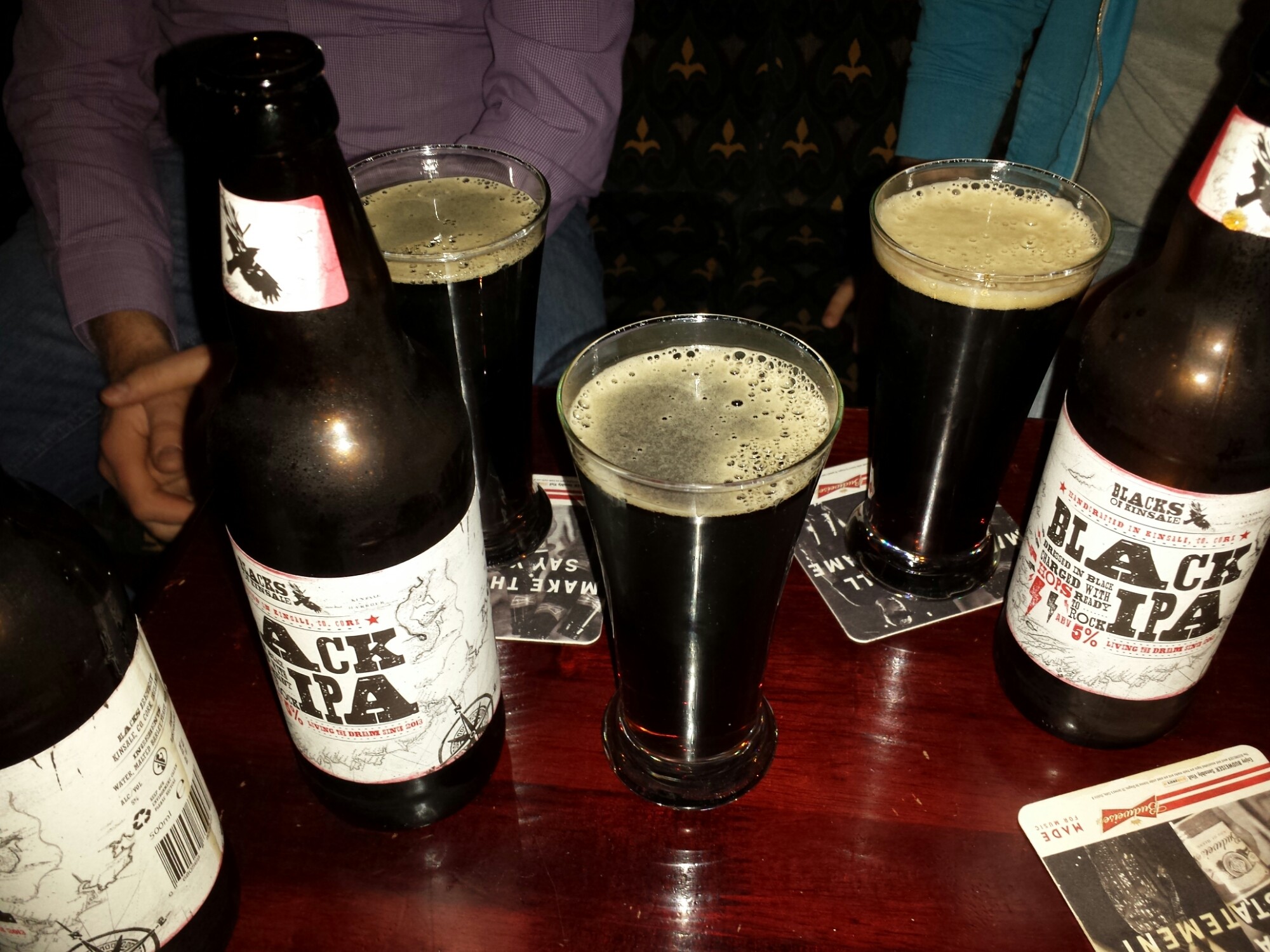 We went for some of the Black’s of Kinsale Black IPA or Cascadian Dark Ale or even hoppy stout as one of the group insists on calling it. A popular choice. 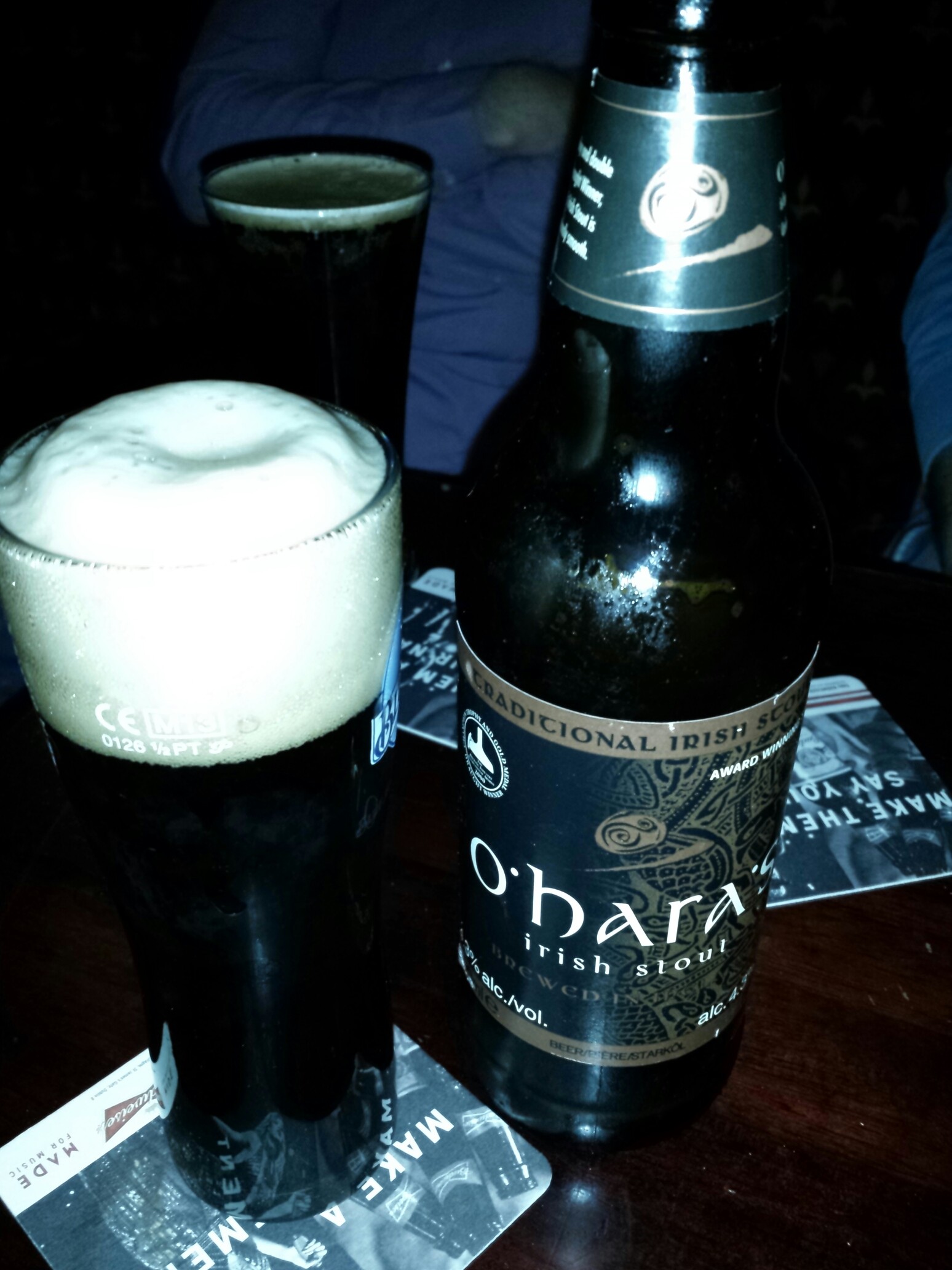 Then we went to Carlow for an O’Hara’s Irish Stout. The Digital Marketing Expert didn’t fancy a stout so he went for a Galway Bay Full Sail IPA. 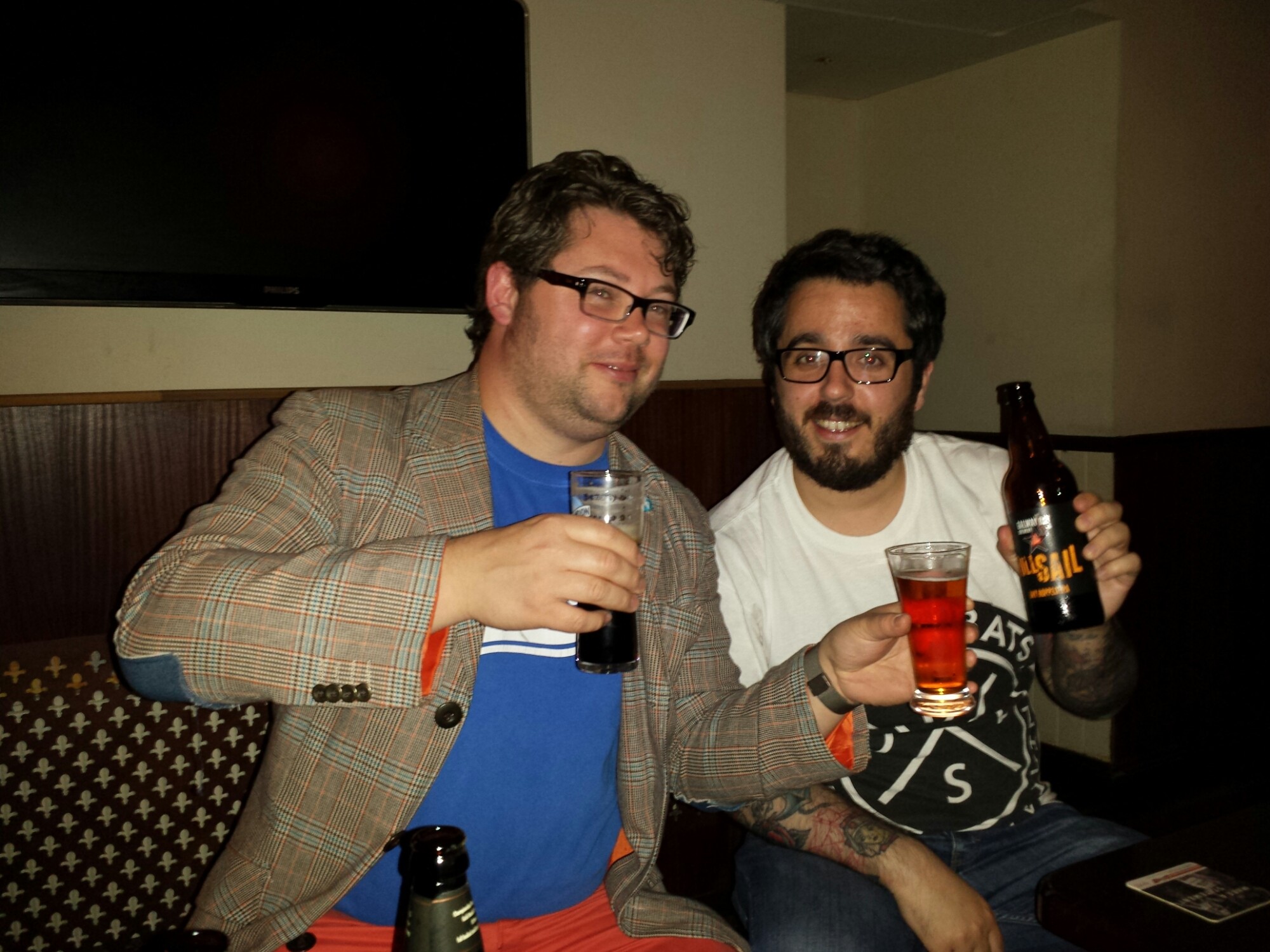 The rest of us stuck with the stout and called for a few of O’Hara’s Leann Follains to compare them with the regular version. 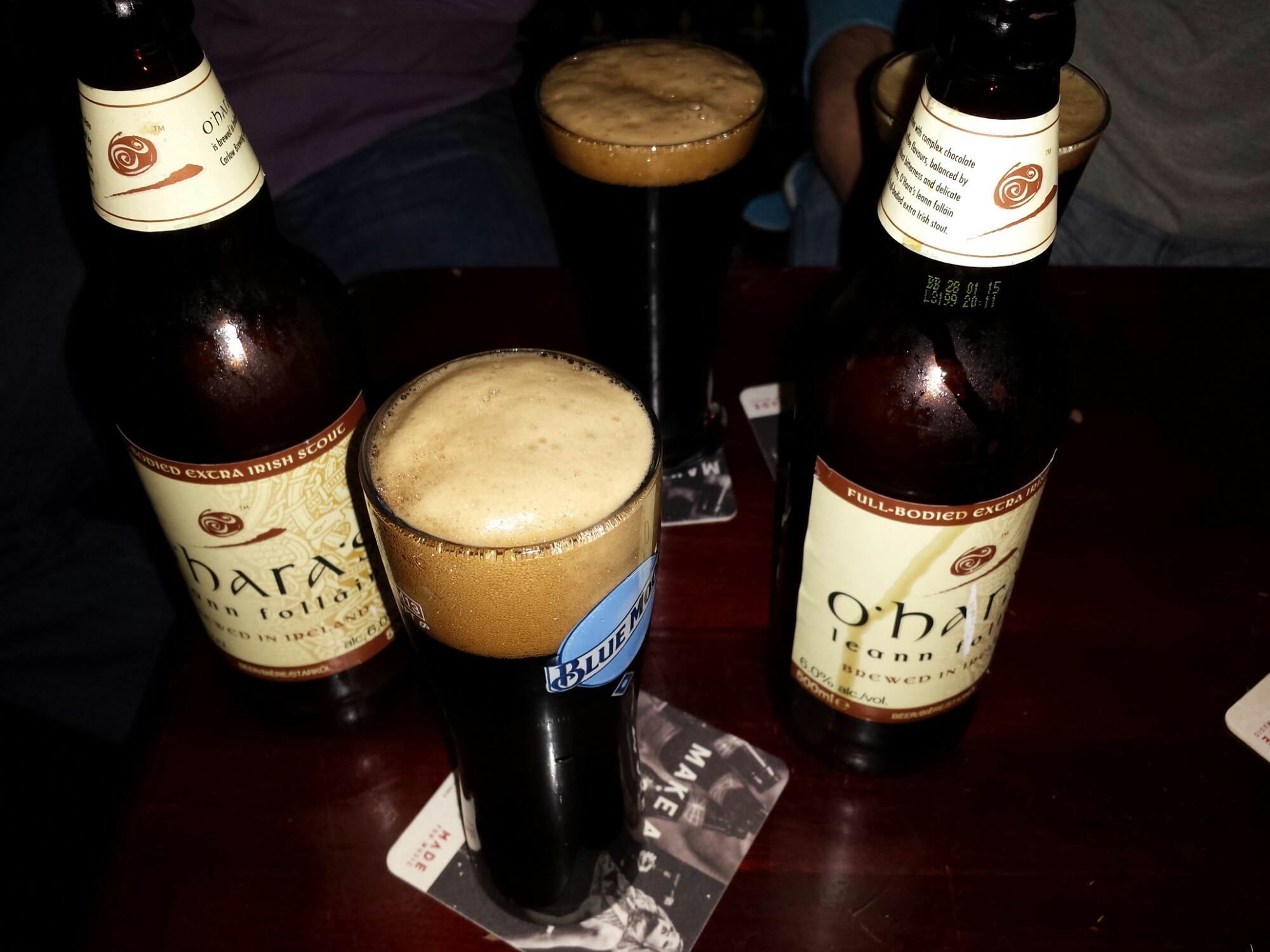 While the Irish Stout is good the Leann Follain is just that bit better. Next we went to Belgium for a Westmalle Dubbel. 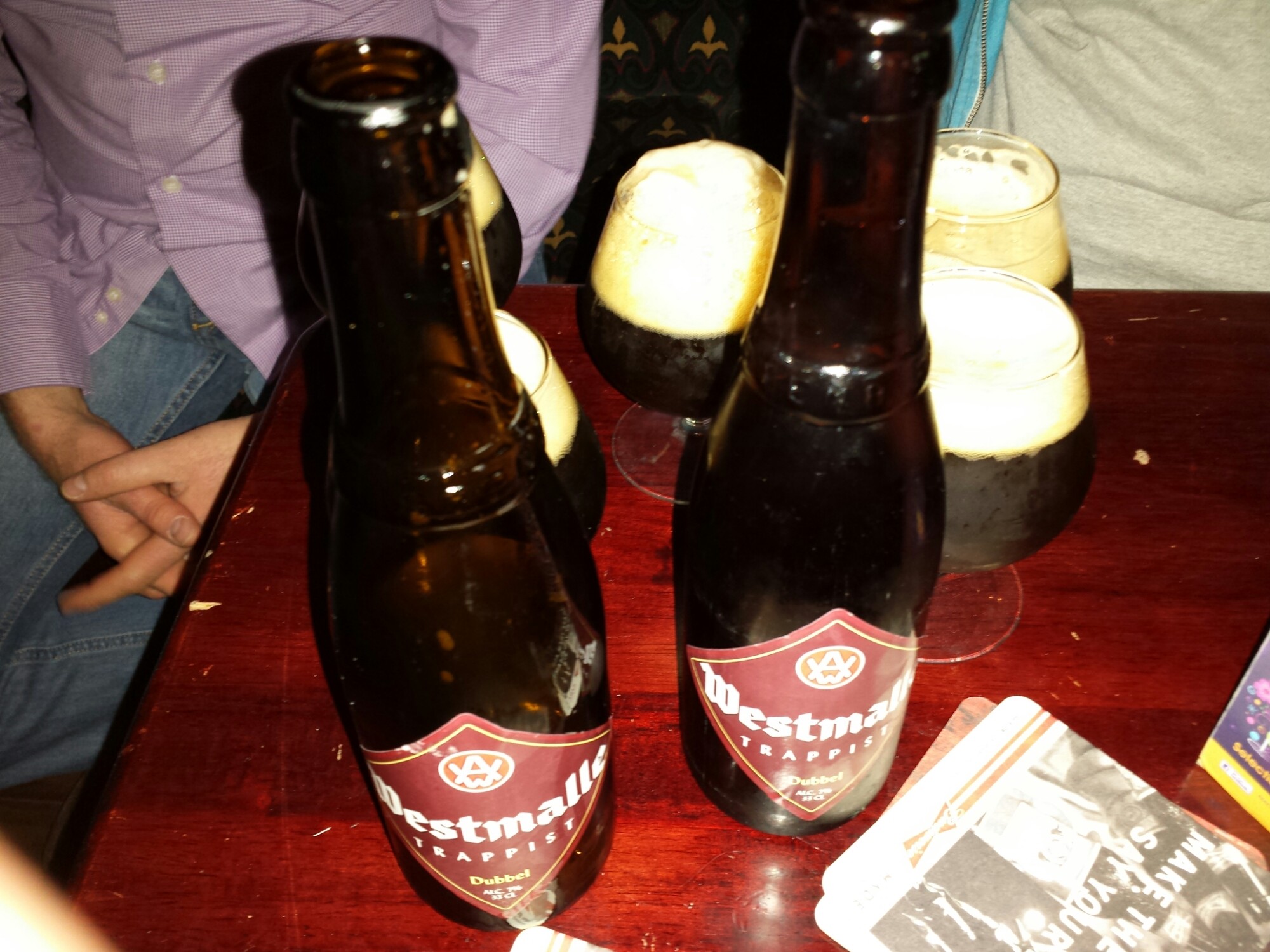 One of the lads summed it up well with the words ‘pear drops’. Very good beer. Then we turned it up and went for Westmalle’s Tripel. 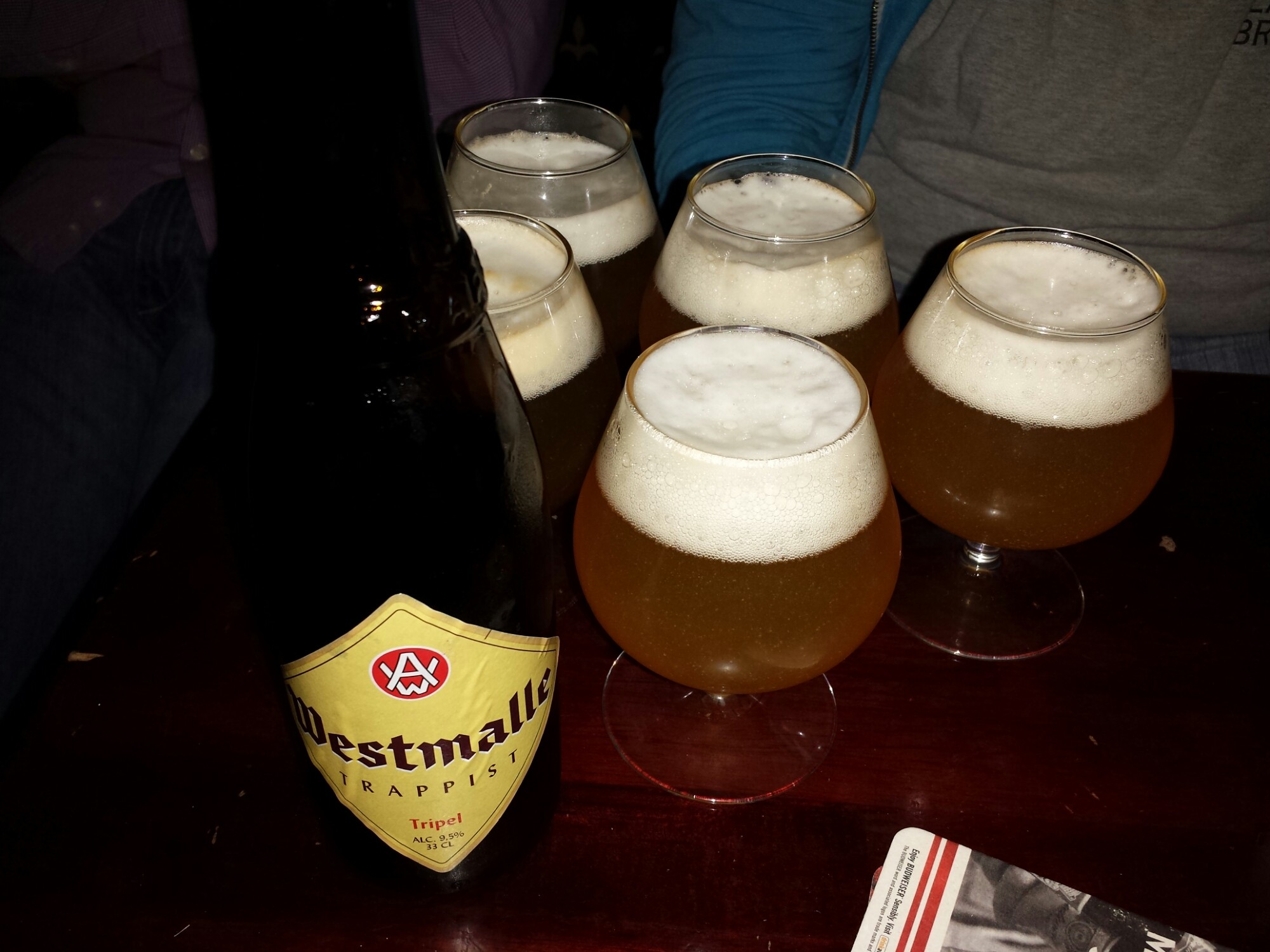 Beautiful beer! Then we turned it right up to 15 with Brew Dog’s Paradox Heaven Hill. The Digital Marketing Expert brought along this treat after reading my review of Brew Dog Shepherds Bush this week. It’s an Imperial Stout aged in Kentucky’s Heaven Hills Bourbon barrels. A fine way to finish up the evening, it was delicious. 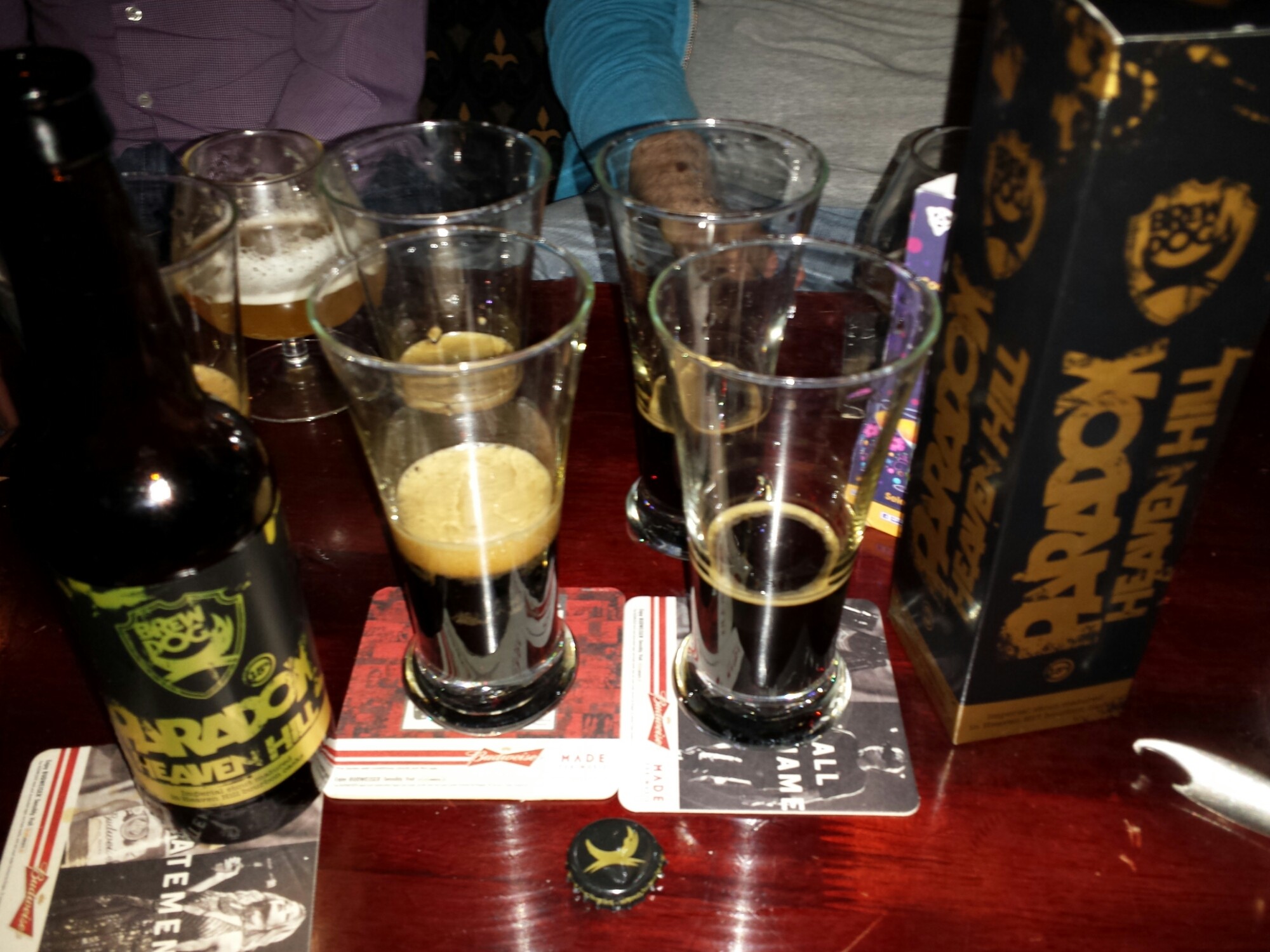 Unusually for our Beer Club last night’s attendance was all male so talk turned to that game they call soccer and worse we all went for huge kebabs afterwards. I hope to see some ladies the next time, ye help keep us civilised! 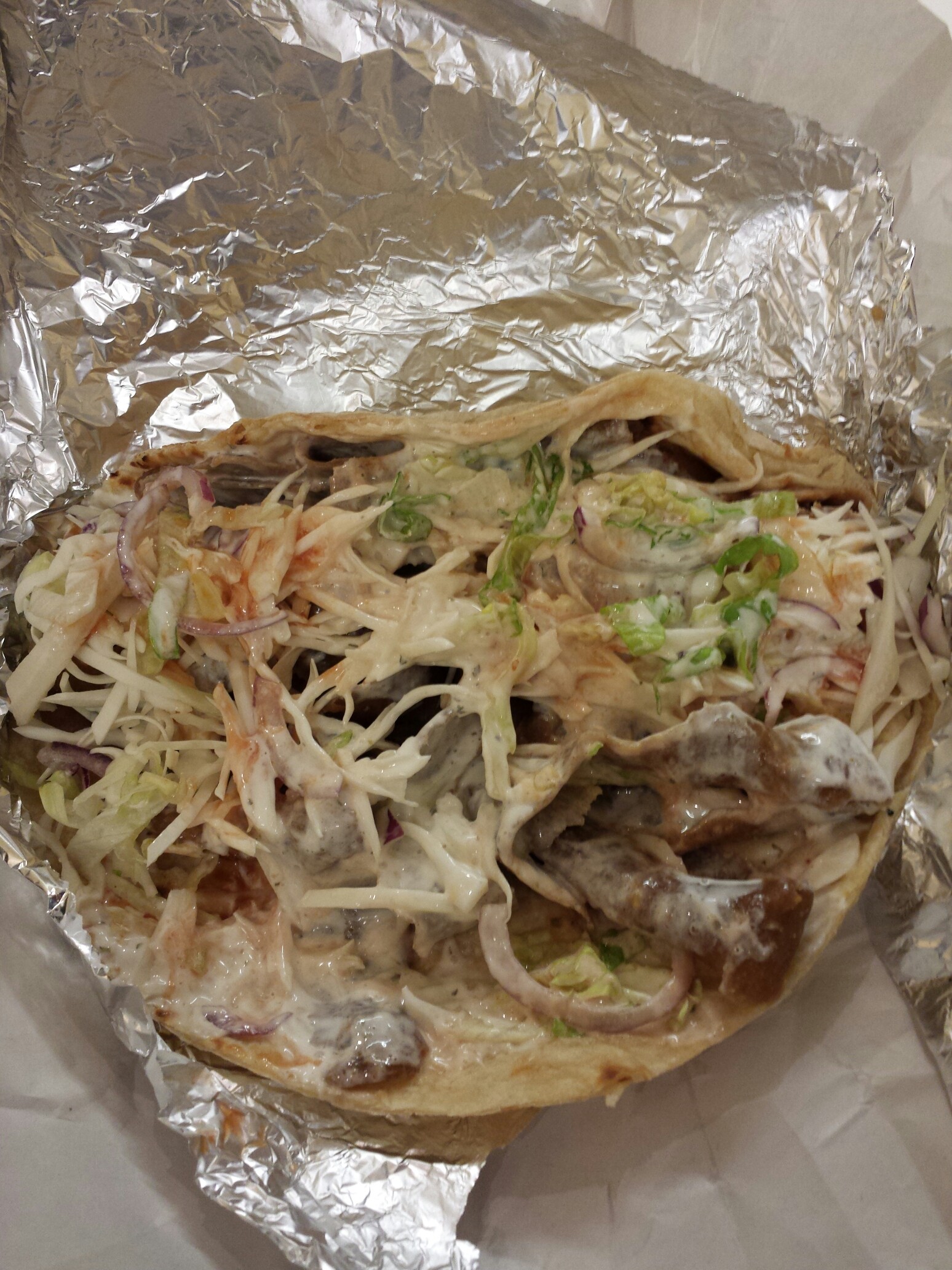